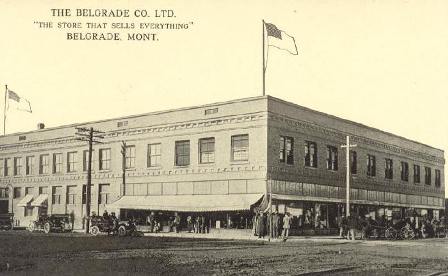 History: In 1882 Thomas B. Quaw, an entrepreneur, located land about ten miles west of Bozeman, Montana along the newly surveyed Northern Pacific right-of-way.

Quaw found this area pleasing, and in July 1881, he filed with Montana’s Gallatin County Courthouse an application for Belgrade, Montana, “a blind railroad siding,” to become a full-fledged town.

According to Quaw, the Belgrade, MT property incorporating the town-site “was a blind railroad siding nine and seven tenths miles west of Bozeman, Montana.” As an expression of gratitude to Serbian investors who helped finance part of the Northern Pacific Railroad project, the town was named after Belgrade, the capital of Serbia.

From the early 1900’s through the 1930’s, Belgrade, Montana grew, adding professional and agricultural businesses, and it took on the look of an established community. As the Great Depression took hold of the nation, speculation in Belgrade, MT fell, and Belgrade became a quiet farming community, the land tilled and grazed, until the post World War II years.

After the Great War, Belgrade, Montana regained its prosperity. Many businesses expanded and even relocated to larger facilities; new businesses sprang up on the once quiet, rural real estate. A community zealous about education, Belgrade, MT maintained its excellent school system, in large part due to proactive community members. During this period local families ran most of the town’s businesses. Belgrade, Montana citizens have always had a strong commitment to the sense of community.

Beginning in the late 1980’s into the early 1990’s, Belgrade experienced another spurt of growth with vibrant realty sales. Houses were built on vacant lots for the growing population needing a place to call home. 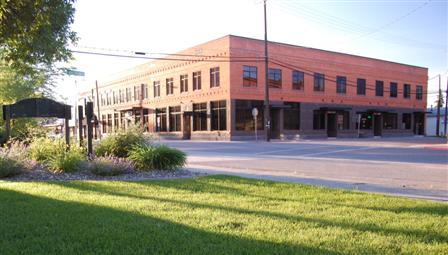 Often in the shadow of Bozeman, the city of Belgrade, Montana has established itself as a unique and independent family-oriented community with excellent services and a highly-respected school system, all the while retaining the feel of a small, western town. From Belgrade, MT it’s a short trip to explore Lewis and Clark Caverns, drive to Yellowstone National Park, fish the Gallatin, Madison, or Jefferson Rivers, hunt on open land, and partake of many more Gallatin Valley recreational opportunities.

Now, at the beginning of the 21 century, Belgrade, Montana is one of the faster growing Montana communities. The town of Belgrade, MT welcomes families looking for permanent Belgrade, MT homes. You will find lots, land, even ranches for your livestock. Belgrade, MT has an excellent school system. You will find easy access to the Gallatin County regional airport, a major railroad line, the U.S. Interstate Highway System I-90, and a host of manufacturing, agricultural, retail, and bio-tech businesses.

From 2000 to 2015, the population in the city of Belgrade, MT grew from 5900 to 7800 residents, increasing by approximately 1900 residents. The Belgrade growth plan calls for community expansion to provide more jobs for local residents and to diversify the Belgrade, Montana economic base, which ultimately means Belgrade, Montana land will need to be transferred from Montana agricultural use to Montana non-agricultural use in an effort to accommodate the influx of new citizens.