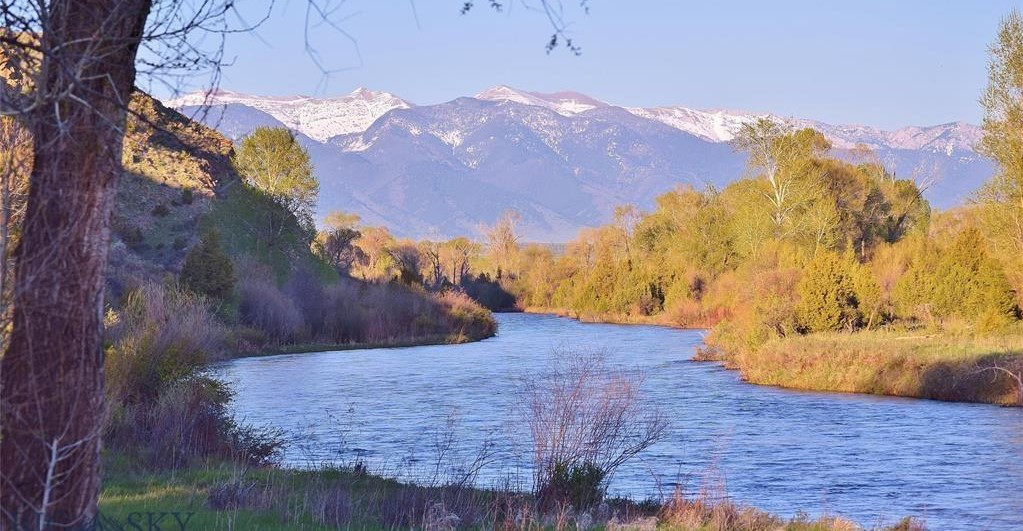 Extending north and south through Montana’s western terrain is the Continental Divide of the Rocky Mountains, separating Montana into two drainages, one west-sloping and the other east-sloping, enabling gravity to send the State’s water to either the Mississippi or the Columbia.

Consequently, Montana rivers flowing west, off the Divide, flow by way of the Columbia River system, delivering their water to the Pacific Ocean.

Rivers flowing east, off the divide, flow via the Missouri River system, moving toward the Atlantic, specifically the Gulf of Mexico.

Interestingly, a third drainage, near the Montana-Canadian border, moves water north from Montana’s Glacier National Park to Canada’s Hudson Bay and then east to the North Atlantic Ocean.

Principal Montana Rivers on the Eastern Slope of the Continental Divide

Out of Montana flow waters that form some of North America’s great waterways–the Missouri and the Yellowstone–and many world-class Montana fly fishing streams.

On the east side of the Northern Rocky Mountain Continental Divide the Montana land sends more than 50% of its runoff north by way of the great Missouri, formed by the confluence, just north of Three Forks, MT, of the Madison, Jefferson, and Gallatin.

West Gallatin River: Born from within the bounds of Yellowstone National Park, the West Gallatin flows north through the Gallatin Canyon toward Three Forks, Montana and is about 120 miles long, with a drainage area of from 20 to 30 miles wide.

East Gallatin River: Its sister, the East Gallatin is created by Rocky Creek, Kelly Creek, Jackson Creek, and other, smaller streams and springs. The East Gallatin flows forth both from the Gallatin Mountain’s western and its interior slopes.

The West Gallatin and the East Gallatin meet to form the Gallatin River north of Manhattan, Montana, continuing on to help form the Missouri River with both the Madison and Jefferson Rivers.

The child of both the Beaverhead River and the Big Hole River, the Jefferson River first appears in the town of Twin Bridges, Montana, from which it flows northeast, meeting the Madison River north of Three Forks, Montana.

The two then flow about two miles farther north to combine with the Gallatin and Madison to form the Missouri.

Famous for its world-class trout fishing, the Madison River also arises from within Yellowstone National Park where the Gibbon River and Firehole River meet.

The Upper Madison, as it is called at this point, then flows north some 20 miles to man-made Hebgen Lake, then on to nature-made Quake Lake.

For eons the Missouri River has flowed northward from Three Forks, Montana at 4130 feet above sea level, cutting deep canyons through the Big Belt Mountains as it makes its way toward the mighty Mississippi. When it reaches the Plains, the Missouri flows through the northeastern portion of Montana at much lower elevations than at its starting point in Three Forks, MT and travels 1029 miles, creating Montana’s longest river.

The Yellowstone River, the Missouri’s principal tributary in Montana, flows through Livingston, Montana. Running from Yellowstone Lake in Yellowstone National Park, Wyoming, the Yellowstone courses water from the southeastern section of Montana into the Missouri River, a bit east of the Montana and North Dakota state line.

The Yellowstone is one of the longest undammed rivers remaining in the world and rivals the Missouri in the waters it handles from Montana.

Montana’s Roe River is considered to be the world’s shortest river at 201 feet in length and begins at Giant Springs, Montana, near Great Falls. The Roe is formed by water from the Little Belt Mountains that descends into the Madison Aquifer and then issues forth at Giant Springs.

Running from Giant Springs, MT to the Missouri River in Great Falls, MT, the Roe discharges 156 million gallons per day into the Missouri.