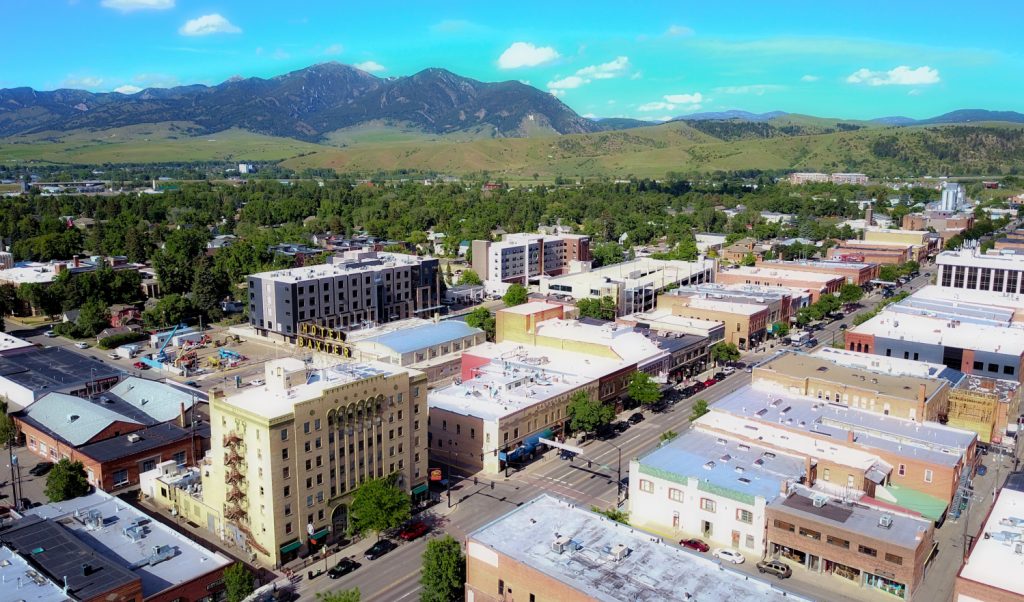 Located in one of the fastest-growing counties–Gallatin–in Montana, Bozeman is home to Montana State University, the Museum of the Rockies, excellent schools, and world-class healthcare.

…and about that famous Bozeman beer!

For thousands of years, Native American tribes like the Shoshone, Bangtail, Nez Perce, Sioux, Blackfeet, and Flathead made the Gallatin Valley home, although the Valley was not held by any particular Indian tribe.

In July 1806, William Clark, one of Bozeman’s first pioneers, of the Lewis and Clark Expedition, took a side trip, visiting the Gallatin Valley as he traveled east from Three Forks, Montana, following the Gallatin River.

In 1863, John Bozeman and his trusty sidekick, John Jacobs, established the Bozeman Trail, a side trail off the famous Oregon Trail.

Bozeman, Rouse, and Beall stated, “standing right in the gate of the mountains ready to swallow up all tender-feet that would reach the territory from the east, with their golden fleeces to be taken care of….”

In 1865, John Bozeman was appointed Gallatin County probate judge. About this time, he choose to discontinue leading wagon trains into Montana Territory.

Not only was Fort Ellis established in this period, but Fort Elizabeth Meagher, which did not last long, was built by volunteer United States militiamen in 1867.

Fort Meagher, by which it was better known, was established eight miles east of the town of Rock Creek. In 1883, Northern Pacific Railway tracks were finally laid to the nascent town of Bozeman. By 1900, Bozeman’s population reached 3,500 residents.

According to the United States Census Bureau, Bozeman encompasses a total land area of 19.15 mi2  (49.59 km2). Little of Bozeman is covered by water, except for the Hyalite Reservoir, local ponds and swamps, the Gallatin River, the Jefferson River, the Madison River, and other, small, excellent fly-fishing, streams.

The Covid boom has pushed speculation in Bozeman land and Bozeman building lots.

Also due to Covid is a revitalized interest in ranches and farms and drawn recreational home and land seekers.

And, approximately 22% of these counties were in the West. Montana’s overall population increased 6.2% from the 2000 to the 2008 Census.

From 1970 to 2000, the Gallatin County, Montana population increased by over 35,000 individuals. In recent years this has led to a real estate boom in recent years, increasing sales of Bozeman homes, condos, and townhomes.