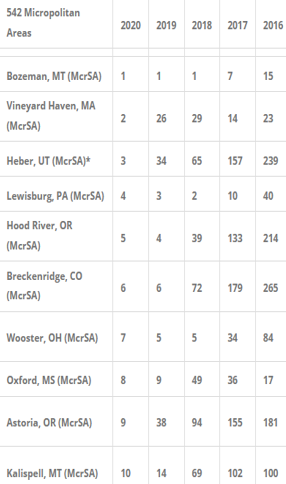 In 2020, Bozeman continues to rank as the fastest growing micropolitan city in the US (3 years running), and Bozeman, MT has a home-building rate in the top 10.

In late 2014, early 2015, the U.S. Census Bureau concluded Bozeman, MT was the sixth-fastest growing “micropolitan” area in the United States.

*Note: all demographical data from the U.S. Census Bureau and elsewhere are timely approximations, as data constantly change.