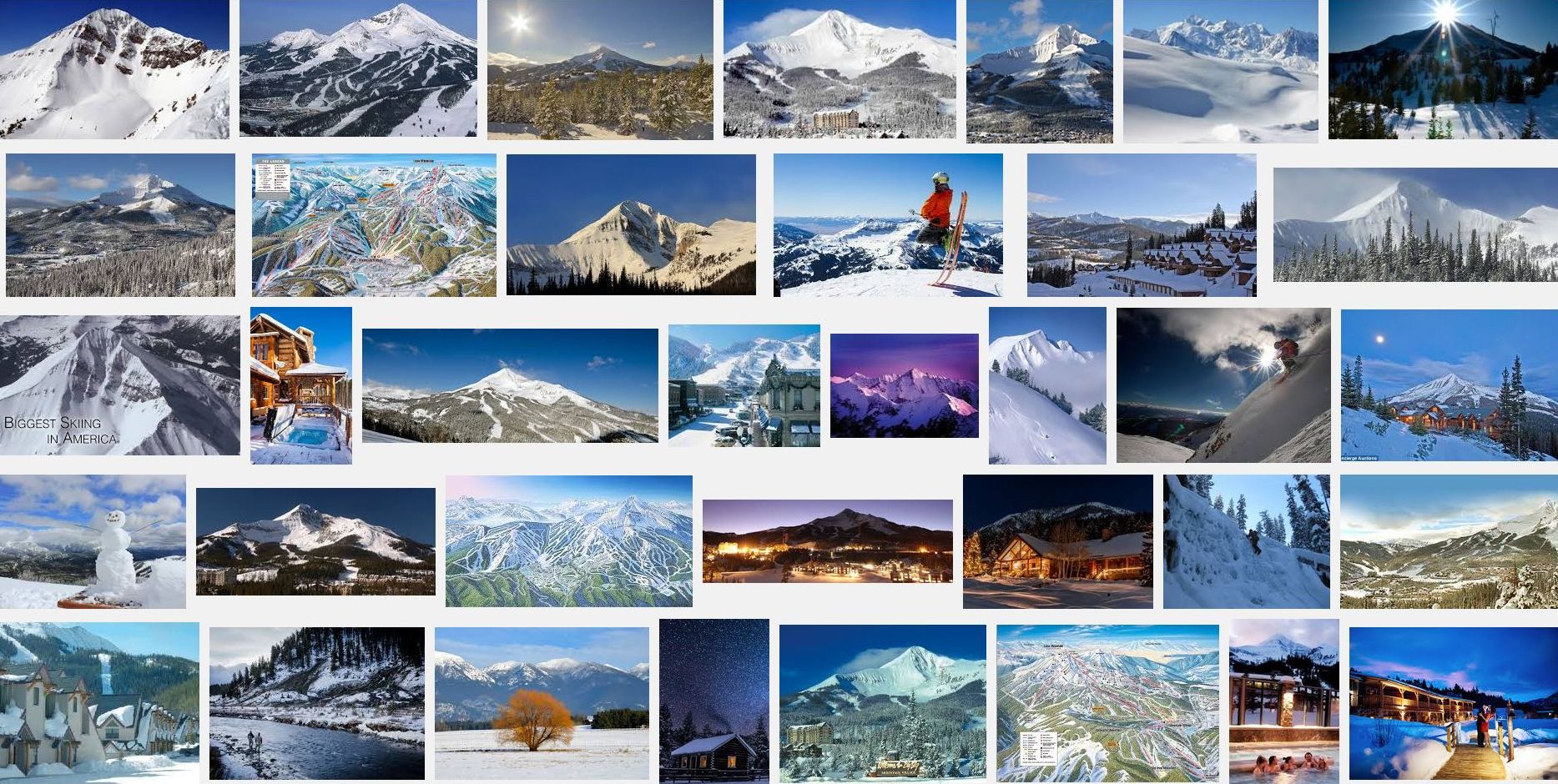 History of Big Sky Montana: In 1902, Augustus Franklin Crail was the first to homestead in Big Sky, choosing today’s “Meadow” for his homestead.

Until the early 1970’s, Big Sky (the term from A.B. Guthrie Jr’s novel of the same name) was a quiet area with a few ranches along the Gallatin River.

Now, Ken McBride’s Ranch, the Crail Ranch, plus the 5 Bar B Ranch are today’s Meadow and Mountain Villages.

To this day, Buck’s T-4; Karst Camp, home to the area’s first ski lift in 1935, the 320 Ranch, and the Rainbow Ranch Lodge are familiar sites in the ruggedly pristine Gallatin Canyon, Montana.

In an effort to develop Big Sky, Huntley created Big Sky, Incorporated, believing Big Sky, Inc., (not to be confused with the present community of Big Sky) with a focus on skiing development, real estate and commercial development, would invigorate the economy of Montana for future generations.

Huntley also applied for financial assistance from the State of Montana, the US Federal Government, and individual Congressional members. Flying the state, he pitched his idea to small town farmers and ranchers.

Not long after, he acquired approximately 11,000 acres to satisfy the land requirement for a full-fledged ski resort and year-round recreation center on the West Fork of the Gallatin River.

May temperatures in Big Sky average about 60 degrees F, reaching the 70’s and 80’s in July and August.  Average daily winter temperatures are around 25 degrees F.

1997: Beginning of the Yellowstone Club, a 15,200-acre, gated and private, world-class ski and golf community south of Big Sky. The YC has slopes on both Pioneer Peak, Eglise Rock, and a portion of Lone Peak’s southern shoulder.

In 1995, construction of the signature Lone Peak Tram was completed. The Resort’s tram carries skiers and riders to 11,150 feet, giving Big Sky Resort one of the largest total vertical drops in the US.

Early 2000, the “Summit at Big Sky” project was done, adding a new hotel at the base of Lone Peak and Andesite Mountain.

In 2001, Boyne USA began a $400 million, 10-year improvement project for Mountain Village and the ski area.

December 2018: Ramcharger 8, the first eight-seat, heated, and covered chairlift in North America, began scooting skiers and snowboarders to the top of Andesite Mountain.

Big Sky Resort has the new Ramcharger 8: The first eight-seat ski resort chairlift in the US, featuring heated, ergonomically-shaped seats and weather-resisting bubbles.

Big Sky real estate, with its unique, world-class luxury ski homes, commercial properties, condos and townhouses, mountain ranches, and pristine land, is growing quickly, and incorporation of the town is but a few years away.