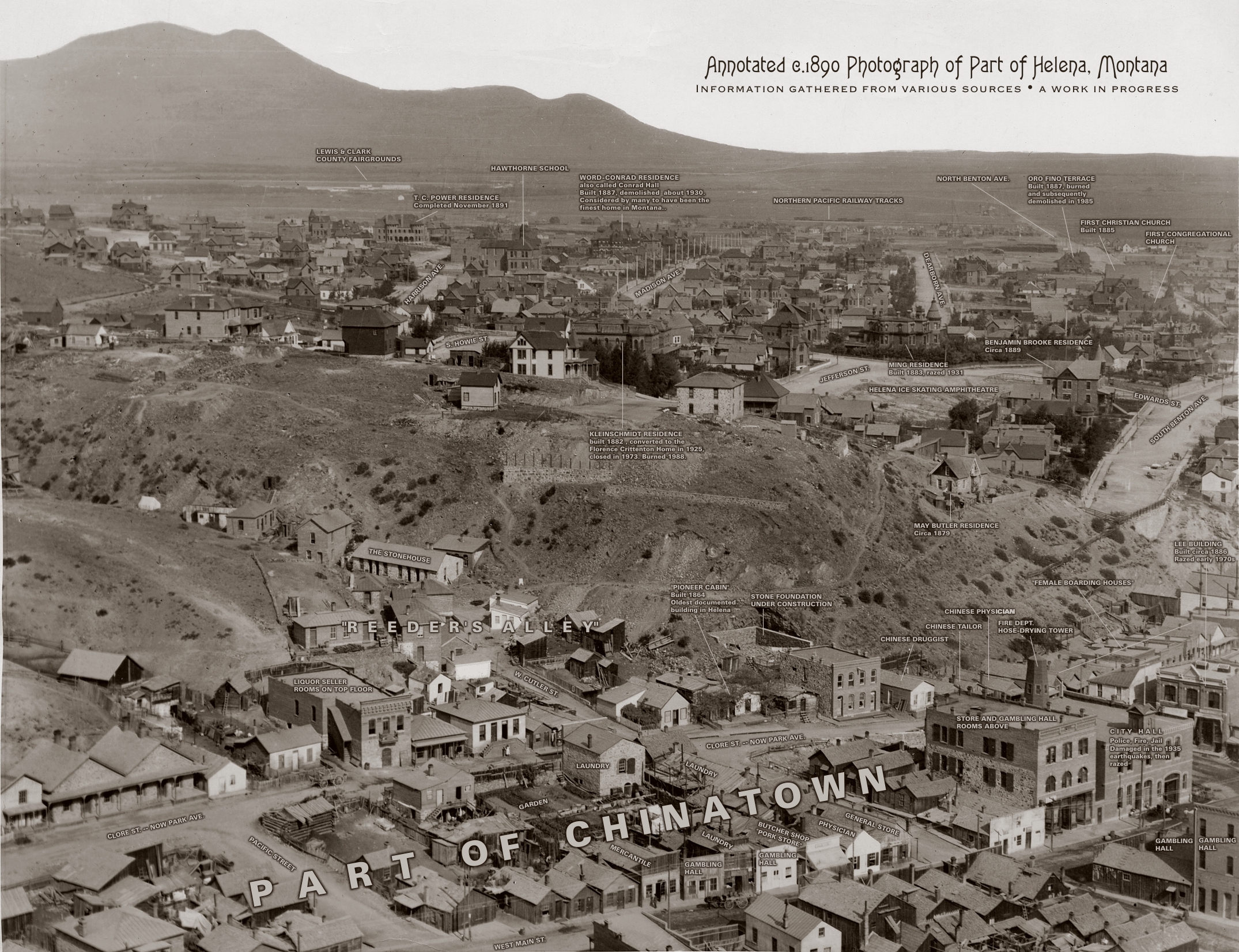 Helena, MT was established October 30, 1864 and is near the Great Missouri River.

Though Captain John Wood surveyed the property of the original town site in 1865. By 1868, most of the $3.6 billion (in present dollars) of gold had been taken from Last Chance Gulch.

Today, Last Chance Gulch is part of a pleasing, three block long walking mall with a strip of useful stores and a mock stream, simulating the original Last Chance Creek, running the length of this downtown Helena walking mall.

Interestingly, Helena’s circuitous street pattern is due in part to the early Helena gold miners’ chaotic system of paths through these Montana gold fields.

Much of Helena, Montana’s remaining stately real estate (like Butte’s) consists of the many mansions built by those who struck it rich in the Montana gold mines.

Slightly north of the Mansion District is Reeder’s Alley, home to Helena’s oldest house, at 212 S.Park Ave, and a restored remnant of 1870’s commercial real estate in the form of miner’s village with its historic buildings, now home to cafes and shops.

Helena, Montana was the capitol of Montana Territory from 1875-1888. When Montana became a state in 1889 it continued on as the capitol, and in 1902 the State of Montana’s Capitol, designed in the architectural building style of Greek Renaissance, opened.

The Governor’s Mansion, constructed in 1888, offers regular tours. The twin spires of St. Helena Cathedral, a replica of the Votive Church in Vienna, are visible above the downtown streets. The Mackay Gallery houses a large art collection of the great western artist, Charles M. Russell.